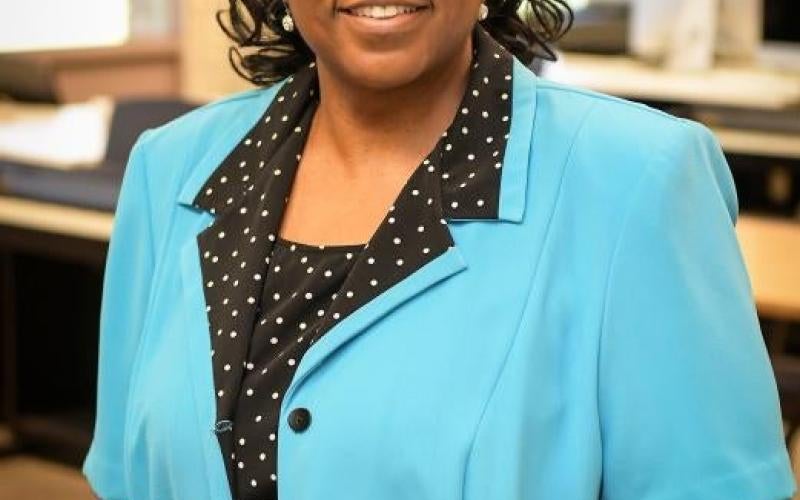 Yuma, AZ (May 16, 2022) – Almost 40 years ago as an undergraduate student in Ohio, Deltrina Grimes received letters of encouragement and congratulations for being on the honor roll from a local chapter of The Delta Kappa Gamma Society International.

Now, her involvement with the group has come full circle. After being a member of the Iota Chapter in Yuma for the past 11 years, Grimes was recently selected to receive the Society’s Founders Scholarship for $10,000 that will go toward her Doctorate in Choral Conducting from the University of Arizona.

The honor society for women educators promotes excellence in education and personal and professional growth. By providing graduate scholarships to members, the organization emphasizes leadership development for its more than 55,000 members in 17 countries.

Jo Murphy, International Scholarship Committee Chairman, announced the award recipients for the Founders Scholarship following the committee’s recent meeting at Society Headquarters in Austin, Texas. Nine doctoral scholarships of $10,000 each were granted for the 2022-2023 academic year.

Recipients are required to have earned a Master’s Degree, be enrolled in a recognized doctorate program, and be a society member for at least three years to qualify for scholarship consideration. Since its scholarship program began in 1940, The Delta Kappa Gamma Society International has given 1,181 women educators more than $5,500,000 in scholarships.

Grimes, Professor of Choral and Vocal Music at Arizona Western College, was encouraged to apply for the award by her former Iota Chapter president who knew she had plans to return to school. After completing the detailed online application process in January, Grimes was hopeful about her chances, but knew she would be vying for the award at an international level.

“I was absolutely elated when I found out I had received the Founders Scholarship. It’s been a long time since I’ve been in school, and the cost of education has changed exponentially. This award will provide me with the financial aid to finish out my doctoral program,” she said.

After pushing herself to complete the first semester of the program online while also teaching classes at AWC, Grimes knew juggling that kind of schedule would be difficult for her to sustain. Especially if she wanted to meet her goal of completing her written coursework by the end of the Fall 2022 term. And some aspects of the program couldn’t be satisfied long distance. So, Grimes was granted a sabbatical from AWC to take classes at the University of Arizona in Tucson.

“Going back to school has been more challenging than I realized it would be. Being able to do things for your students and teaching is very different than being a student and learning. So even that part, getting into the mindset of being a full-time student, has been an adjustment,” said Grimes, who has been teaching at AWC for the past 10 years.

“I knew it was going to be hard and I knew it would be outside of my comfort zone, especially being with people who are half my age, but I love it. I’m embracing every minute, because there’s so much to learn. I’m having a great time and I’m making some really amazing connections with people along the way.”

Each semester of the program has provided her with something new to learn and experience. One such opportunity was participating in a conducting Master Class under the direction of Dr. Jo Michael Scheibe, while attending the Western Regional American Choral Directors Association (ACDA) in Long Beach, California. Additionally, she was also able to serve as a presenter for the International Choral Conductors Federation (ICCF), "Emerging Composers in American Choral Music."